The Llanelly Railway and Dock Co. 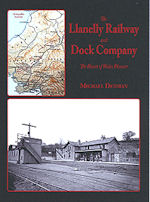 The Llanelly Railway and Dock Co.

The LR&DC was one of the earliest railways to acquire an Act of Parliament in 1828. After a modest beginning with a short line from their New Dock at Llanelli to the village of Dafen, the company set its sights on the coalfield to the north. Firstly to Ammanford, then on to Garnant, Brynamman and Gwaun-Cae-Gurwen with several branches. From Pantyffynnon the company built the main line to Llandeilo, also running services for the Vale of Towy Railway onwards to Llandovery. It expanded from Llandeilo to Carmarthen via Nantgaredig and Abergwili, and from Pontardulais to Swansea (Victoria) via the Dunvant valley with a branch to Penclawdd.
The book describes the company�s hands-on management, the challenges of building and running an early railway and dock system as well as operating the earliest locomotives and vehicles.
There are many details of employees who ran and worked the railway. After years of operating in isolation in west Wales, the Company had to negotiate the conflict with the larger LNWR and South Wales Railway companies, cope with the inevitable financial troubles, all with a surprising outcome. Photographs, maps and drawings help illustrate the story of a railway company that built the southern part of the Heart of Wales Line over which we can still travel.
Hardcover, 184 pages. 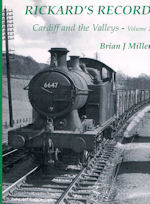 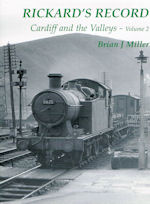 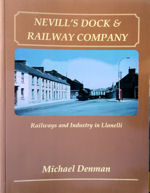